Fished a new spot on the Merrimack

There's no doubt about it, the Merrimack in New Hampshire is "big water".  This new spot for me is south of Manchester, NH. It is a favored spot for my friend Alberto, who has been hoping to show it to me for a couple of years.  But the river so swollen in the spring that it is often not until August that the water becomes wadeable, and last season I don't think it ever was.

This was a weekend morning and Alberto had family commitments.  I thought I would try it myself.  I was a bit intimidated by the water, having not fished it before.  I will be better the second time, but there were no other fisherman and I had the place to myself for a couple of hours before some kids arrived to walk their dog along the rocky beach. 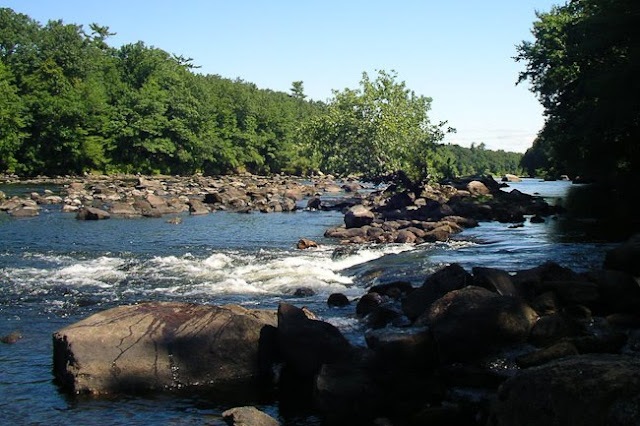 In this shot I am essentially in the middle of the river, looking downstream.  The biggest fish were caught in the little open areas between clumps of grass.  They would attack and dart back into the grassy cover, fly in mouth. 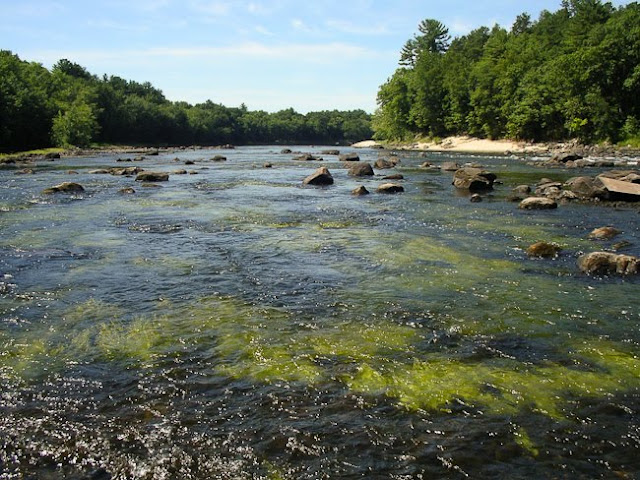 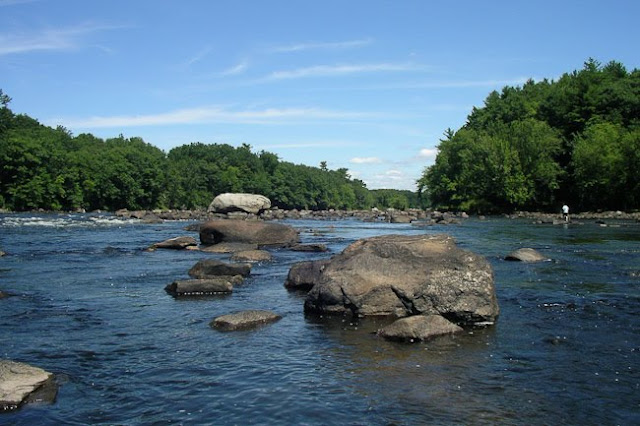 The smallmouth were plentiful, but not big.  Shown here is a typical size.  In the slow moving area I caught two sunfish, shown here as well.  But I don't know what kind they are.  They're not Bluegills and they are not Pumpkinseeds.  I've caught Rock Bass before in water like this, but they usually have bigger and red eyes.  Can anyone identify them? 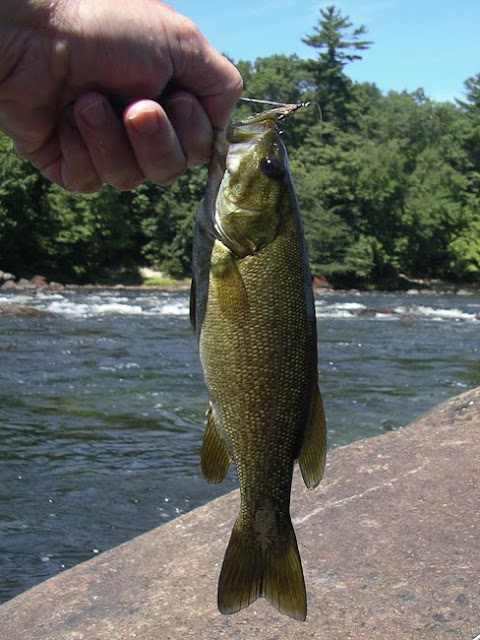 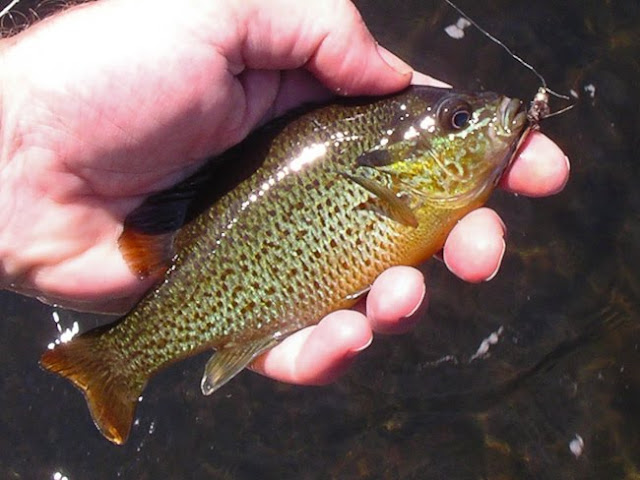 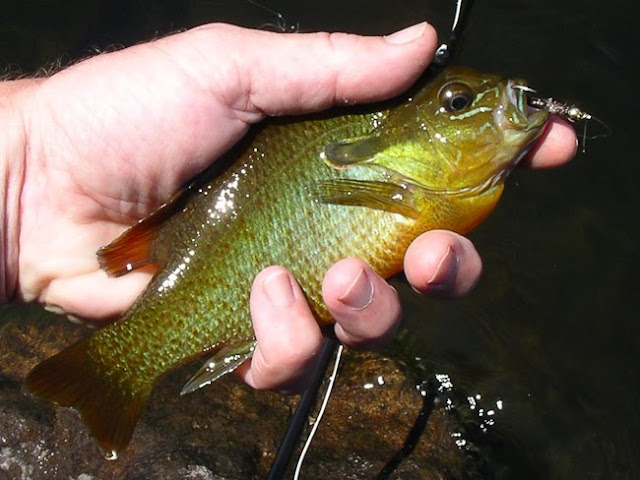 Nothing worked on the surface.  But coneheads, beadheads and weighted nymphs and streamers were very effective.  Pictured below are the flies I used. 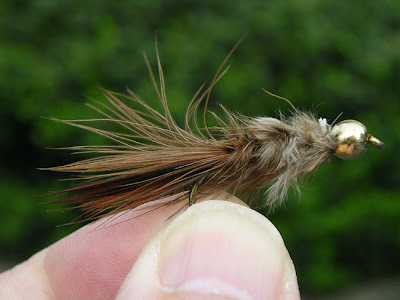 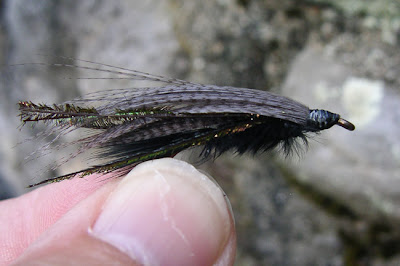 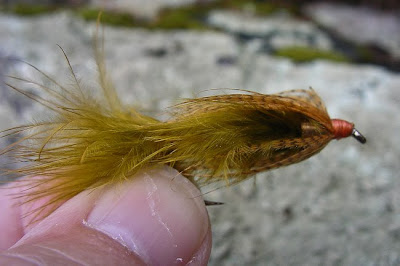