During recent years many of my nymphs and buggers have been made entirely from one or two soft hackle feathers, usually marabou type feathers from Turkey, Quail and Partridge. They are made with a conehead or beadhead, and the fish gobble them up.

Here are a couple of links to other flies I have constructed with these feathers and for which I have previously provided step by step instructions: 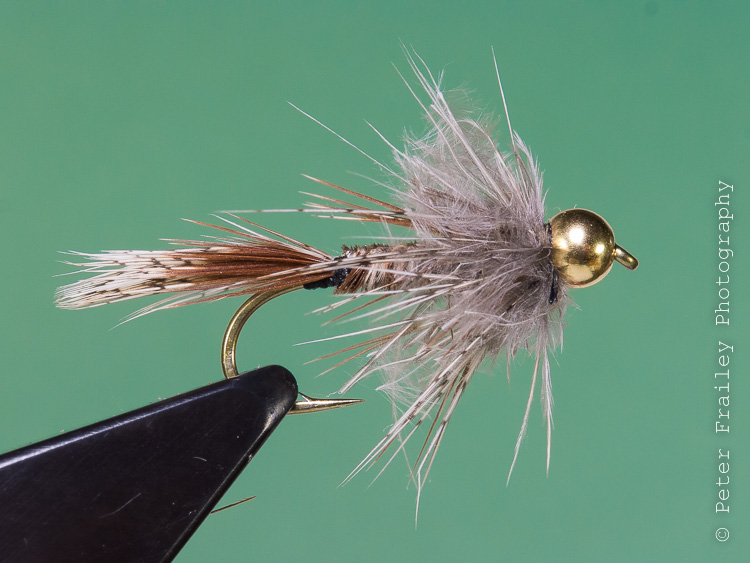 The Hungarian Partridge Nymph is made along the lines of the one-feather fly, except that I am using two feathers.  Partridge feathers are nicely sized for the hook I am tying with in the step by step pictures below, a Tiemco #5263 size 10.

Below are the two feathers that I used in constructing the fly below. See how the barbs are angled toward the tip? 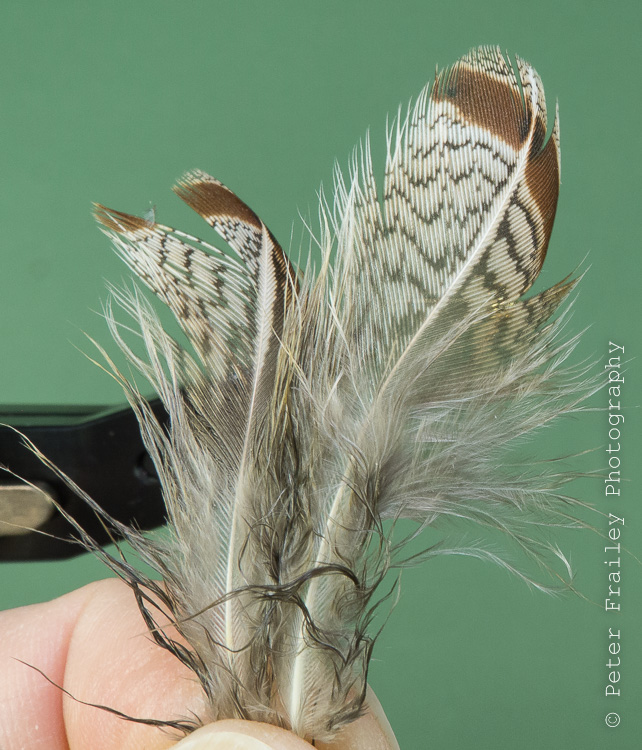 Here are the tying steps I use:

I like this fly. I do not often fish nymphs but do enjoy the way they look.

Hello Brk Trt, Thanks! I am a simple tier, though I can really appreciate the more complex patterns and love seeing real art at the vise!! But catching fish on a fly that has only one ingredient (or maybe two) has always been a "thing" for me. BTW, I read your blog and like it! ---Peter