A nice day on the Miller's River

We need some rain in New England.  That's really hard for me to say, since we had so much snow this winter.  But water levels in the rivers are falling fast.  The section of the Miller's that I fished yesterday was ideal for wading, but any lower than it's current 200 cfs and many of my favorite spots will no longer be holding fish.

In a normal year, the level would be nicely down from many thousands of cfs to a manageable 600-650.  In a normal year, my fishing on the Miller's would just be beginning.  As it is, the river has been fishable for about three weeks. 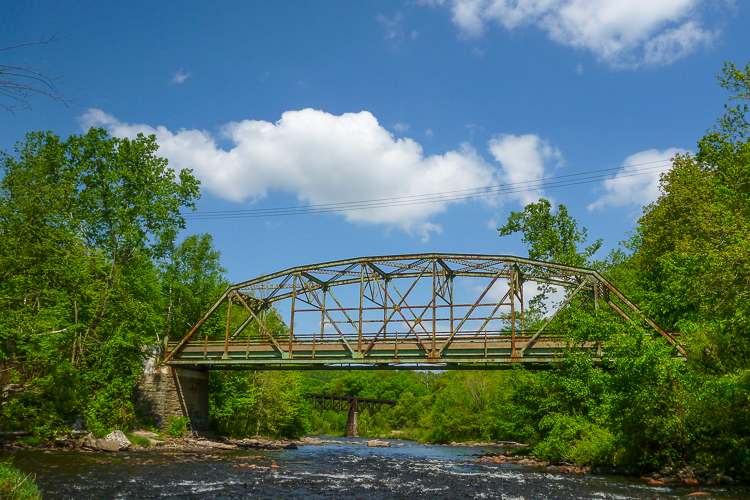 The flies I used were weighted, and I fished deep.  Things were shallow enough that I used a floating line.

As I walked upstream with the same beadhead I reported on in my last post, and fished it under a foam indicator, I picked up several rainbows in fast water and a handful of smallmouth bass.  I was very happy, even before I turned around and fished downstream back to the car.

For something different than the typical early season black and olive woolly bugger (or similar weighted big fluffy fly), I put on a weighted yellow streamer.

I caught my two biggest fish this way.  The first was a 14 inch "chub".  Technically, I think it is a Fallfish.  To tell you the truth, they are pretty ugly.  But they are indigenous (I think), wild, stream-born fish, and they consequently have my respect.  I've seen fisherman on some smaller streams throw them up on the bank to die, as they represent competition for food these fishermen would rather have the stocked trout eat.  I'm not a fan of this. But I don't get bent out of shape about it, either.

The chub hit the streamer when it finished its swing below me and just in front of a boulder.  A very likely spot for a fish to hang out!

The second largest fish was a 12-13" rainbow.  In this case the water was deep, so I placed the streamer "up and across" and gave it slack until it was "down and across", to give it time to sink. I kept the line mended.  Then I began to tighten the line causing the streamer to rise and swing up.  That's when the trout hit it. 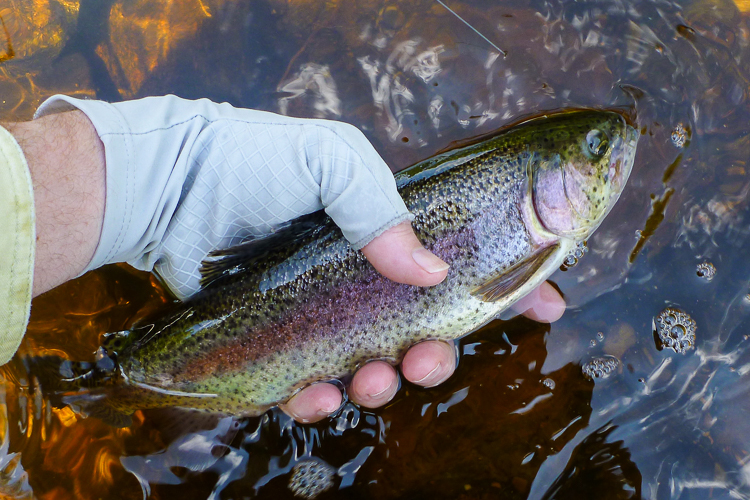 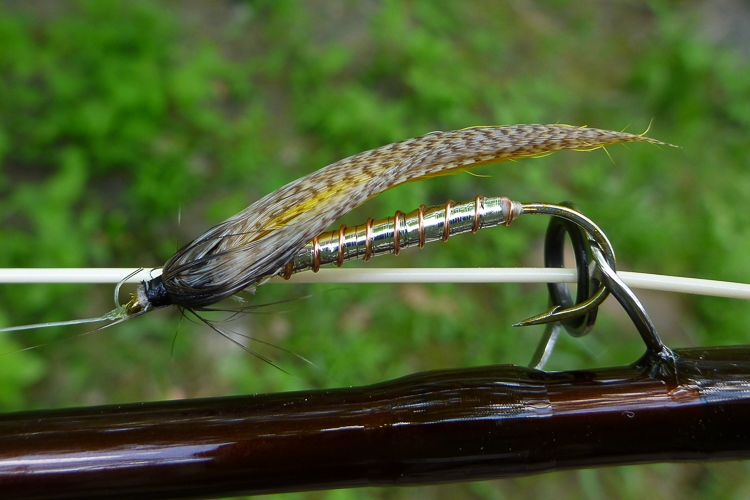 Thank you yellow streamer for a job well-done. BTW, I think that is 3x tippet.
Posted by Peter F. at 5:10 PM