I am sure I will catch another sunfish or two before winter, but yesterday was the last day of the season for fishing the private farm pond that I float tube many times every year.

I have been fishing this productive resource for over 20 years and don't think I have ever caught fewer than 50 sunfish during my 2-4 hour excursions around the pond's circumference.  I still remember fondly the day I fished here with my then 8 or 9 year old son in the front of the canoe with a fly rod he bought with his own money (thank you Cabelas for reasonably priced gear) and a woolly worm he tied himself, and proudly counted"1" through "100" each time he pulled another one to his hand. 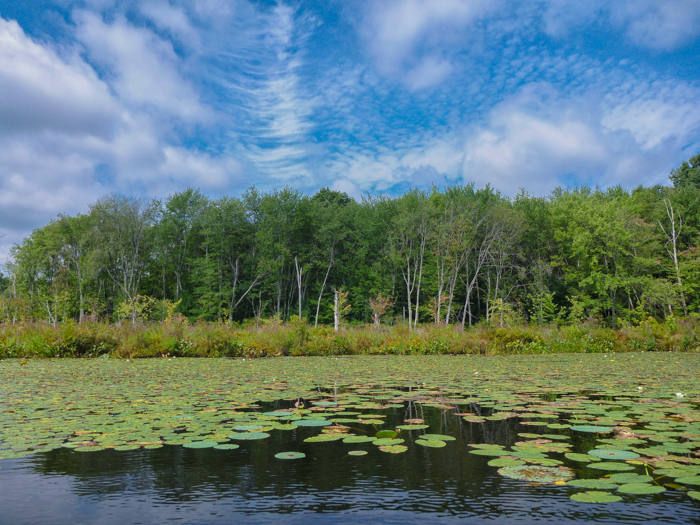 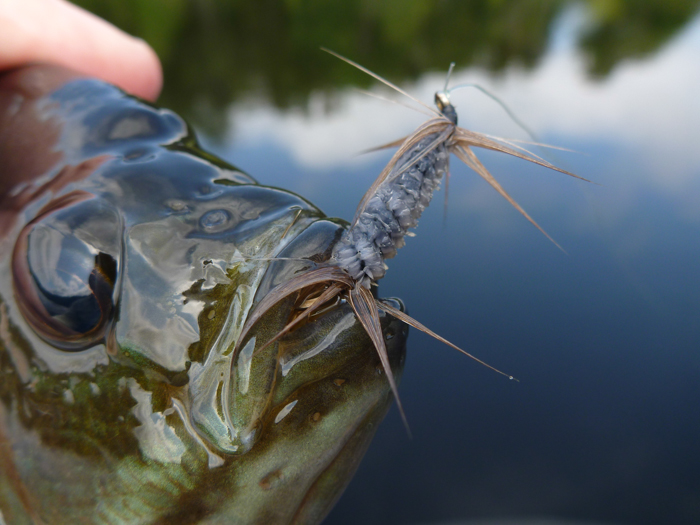 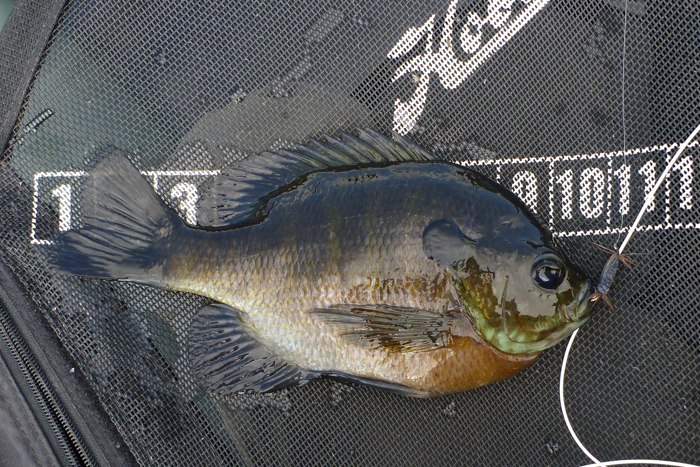 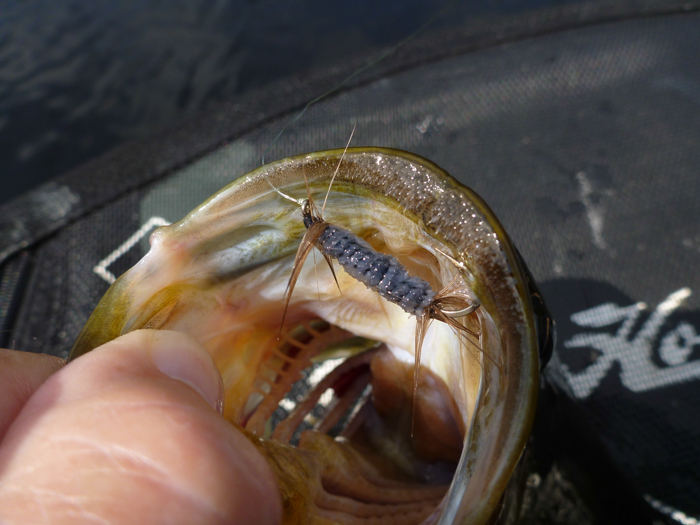 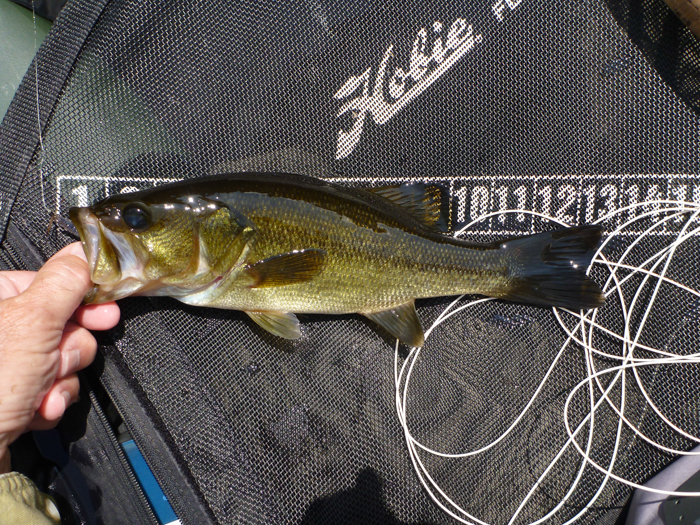 What was interesting to me is that all of these fish were caught on the same gray "double hackle" I wrote about in my prior post.  It was the same actual fly.  I think I'm going to retire it.

This thing simply will not quit.  And it still looks great.  I am thinking it is the most durable pattern I have ever used.  Now, partly that might be because I didn't lose it on submerged structures of tree branches.  And the 4x tippet helped when the tippet got wrapped a couple of times around lily pads by really pissed off sunfish.  Or, maybe it's the fact that the long shank meant fly-damaging forceps were rarely needed to get a hook out.

By the way, my friend Jim, who tied the original batch of these flies I have now fully consumed, read my prior post, and I think he might be sending me some more!  Seriously though, if he doesn't have time for that, these are certainly easy enough to tie.  Or, maybe it's because when forceps were used I could grip onto the middle of the shank without breaking any fly materials.