I was fishing from my Hobie Float Cat on Saturday for bluegills and bass.  There had been some big shifts in the weather conditions last week and this usually puts the fish down.  It did this time as well.

Poppers didn't bring the fish up, so I went deep.  Using my usual patterns; specifically, a weighted small peacock herl bugger and a "fluffy" grey beadhead nymph I was only picking up a fish every 5 minutes or so.  For this particular fishery this is very slow fishing.

So, I pulled out my big Bugger Barn box and looked over the other choices.  In the corner was a single grey chenille "double hackle" fly.  This type of fly is also called a "fore-and-aft" fly.  I've never tied one of these. Instead, quite a few years ago, I received a dozen or so of them from Jim LaFevers, a friend in Texas. There's an article about this pattern on my Web site, here.

I had forgotten how productive this simple pattern could be. After all, its only chenille and hackle. I love and prefer simple patterns. It is always a joy for me to catch fish on something simple.  (Maybe it makes me feel like I am a better fisherman for it.) 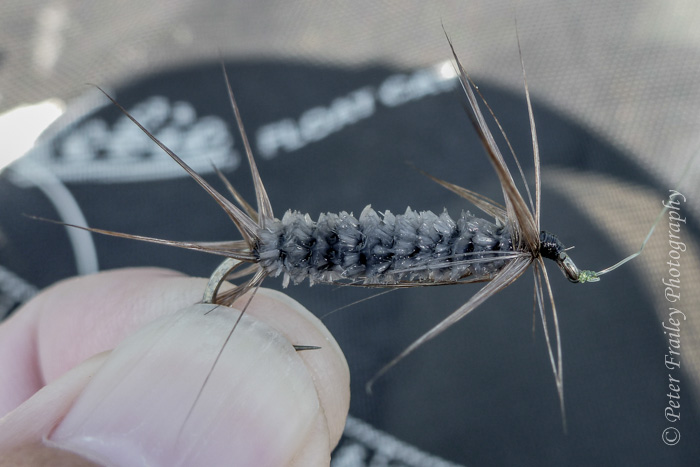 In many ways the "double hackle" seems to be a rather primitive pattern, coming from the day when we were less sophisticated about fly patterns.  "Back then" patterns were fewer as materials were harder to come by, pattern books were less available (with small and sometimes only black and white pictures), and there was no Internet to share ideas, techniques, fly photos and patterns.  I'm thinking back to the 1960s when I first started fly fishing. The only flies I had were those bought at the local hobby shop. Although I didn't tie flies back then, all one needed to tie this pattern was chenille from a fabric or craft store and hackle of just about any quality. 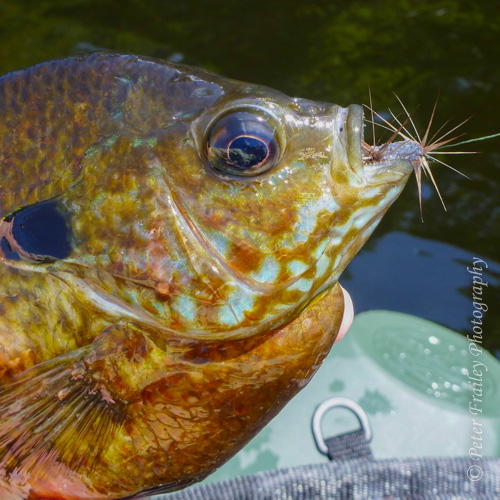 On Saturday this fly turned out to be a winner.  On the first three casts I picked up three fish, and I was off to the races.  I really believe the pattern's attractiveness was mostly about the presentation.  Not so much my presentation of the fly, but how the fly by its nature presented itself. 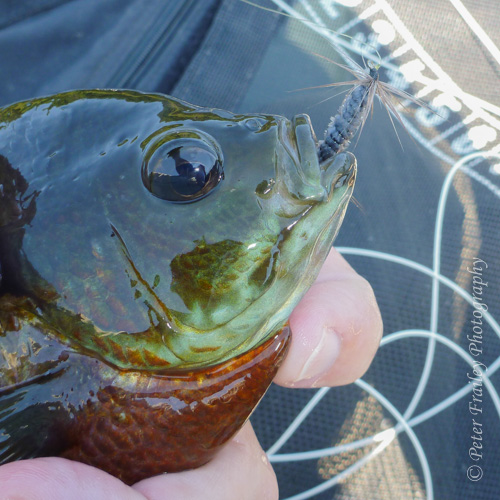 This is what I am thinking....

The fly casts beautifully on my 9 foot 5 weight Sage DS2, a moderate or moderate-fast rod.  The fly holds water easily which adds weight when being cast, but wind resistance is far less than, say, a fully hackled woolly bugger.  At any rate, the fly turns over nicely on 4x or 5x tippet.  When it lands, it splats.  Maybe this is a trigger, though it had to sink a bit before I would pick up strikes.  And when it comes to sinking, perhaps the rate of sink was the trigger.  Unlike other flies I fish below the surface, this had no extra weight on it.  The size 8 3x long hook was weight enough. 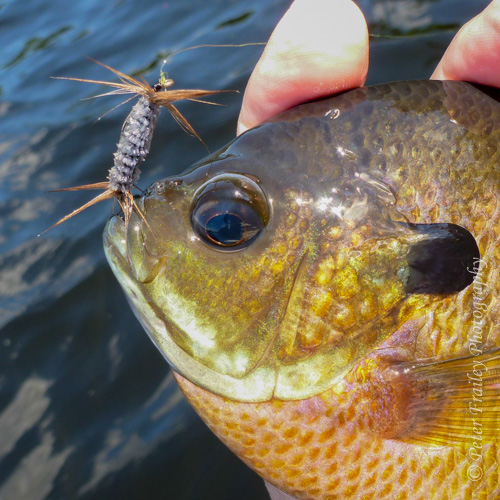 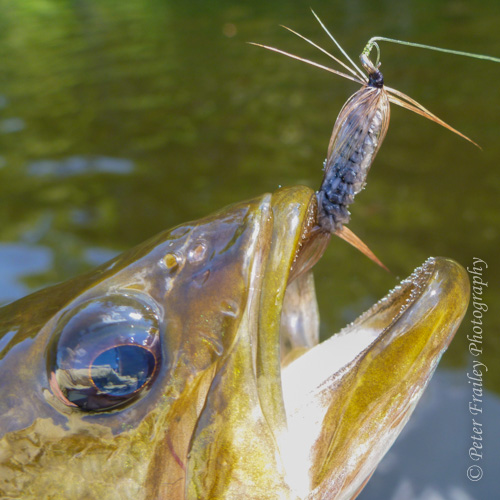 In terms of matching something found in nature, what I saw mostly on the farm pond I was fishing was dragonflies.  My guess is that the size of this "double hackle" matched closely the size of a dragonfly nymph.  But who knows...

I don't need to know why this pattern works.  I just know that I need to tie some more. (Or, send an appeal to Jim!) 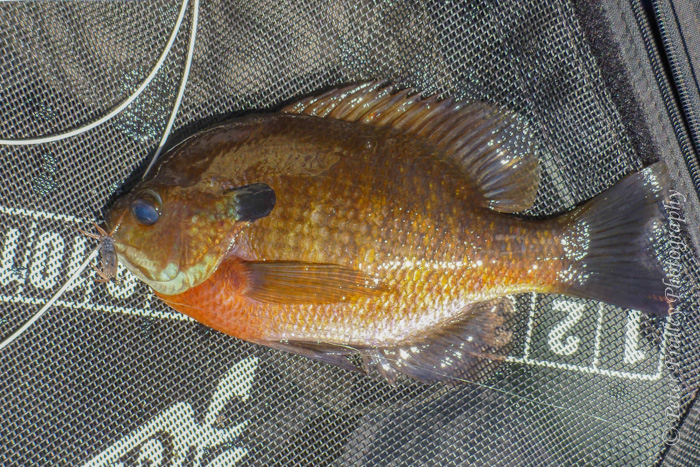