It was early afternoon when I saw this forming against the bright blue sky. I was float tubing in a farm pond. I was happy that this cloud broke apart a few minutes later.

Now, five hours later (and about four hours after I stopped fishing) we are having quite the stormy weather.  Thunder and lightening galore.  I hope it brings in some dryer and cooler air, as we've been over 90F for five days now.  (Again, I should feel pretty lucky when I compare our weather here in New England with some of my Internet friends in Texas and other draught stricken areas.)

This is one of those times I wish I'd had a better camera with me, as I might have captured a bit more detail in those clouds. 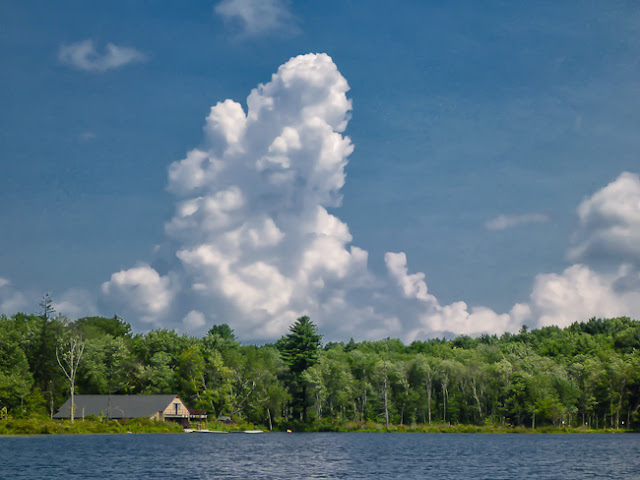