A picture of the one that got away!

Earlier this week I received an email from my friend Chris, who had spent some time "out west" fishing the Henry's Fork of the Snake.  He sent along the photo below of one trout that got away... sort of.

Chris reported that he was fishing a PMD spinner on a 5-weight and that getting this trout to the boat was an "enjoyable battle".  Seems there was a bit more fight left in this one.  Nice fish!

It just occurred to me: I'm curious as to what size spinner and tippet Chris was using... I'll email him and update this post when I get the answer.

Based on the exif file embedded in the jpeg (as it is in all jpegs) this shot was taken at about 1:30 on July 3rd.  It amazes me that there is some blur in the trout's tail, as this was shot at a shutter speed of 1/1250th of a second. 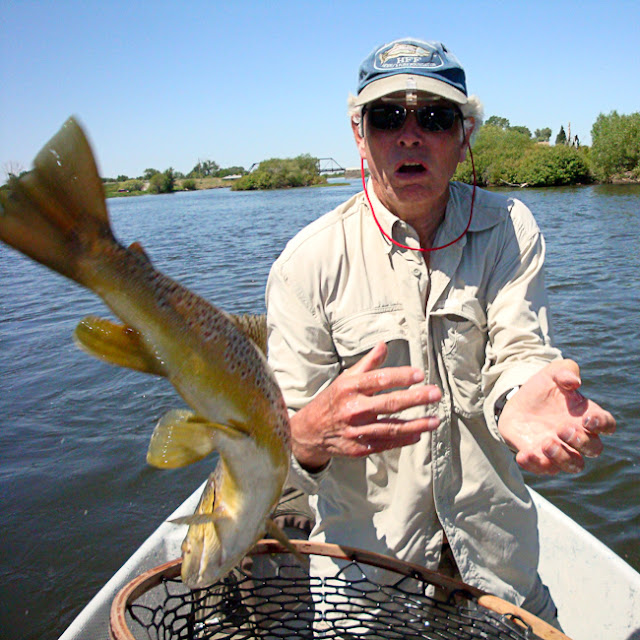