(After two years.... continued) Step 3: set a hook in the vise and get started

In the prior two posts I wrote about getting going on fly tying after two years, with a simple clipped-hackle woolly called the Henry's Lake Special.  I read about it in Gary Soucie's Woolly Wisdom and also found the pattern in Terry Hellekson's Fishing Flies.

Very simple:  brown biots for tail, herl body, and clipped palmered brown hackle.  I was actually all set to substitute black biots and grizzly hackle, and wrote about this in the first post,  but changed my mind at the last minute.

So... after work on Friday I finally sat down and got started.  Here's a look at my first tied fly in two years.  Pretty easy, but that's my kind of fly!


Insert hook and cover with thread. 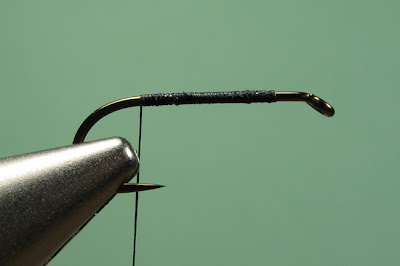 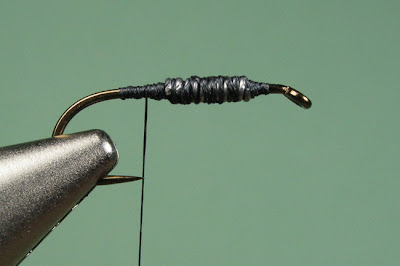 Done.
Four herls tied in (spellcheck tells me there's no such word as herls).  Hackle tied in by the butt end. 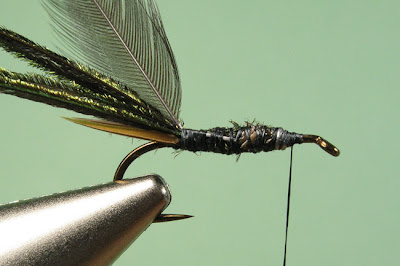 Done
Wrap herl forward, once first behind the feather butt.  Tie off. 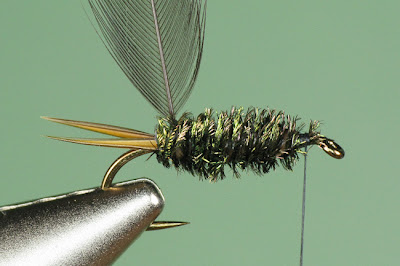 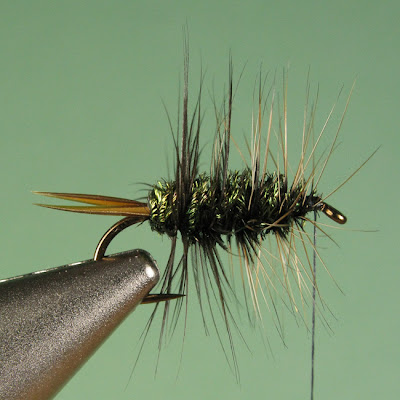 Done
Clumsily tie a small head using whip finish tool. No picture taken.
Done
Give the little beast a haircut. (I'd never make it as a barber!) 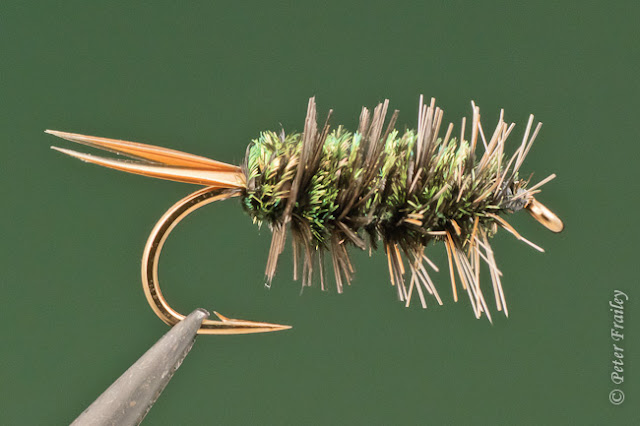