Green dragonflies hatching along the river

I took Friday to go fishing on the Miller's River in central Massachusetts.  The smallies are becoming a bit more active and I caught a bunch especially behind exposed boulders.  I also managed to land four rainbows, all on the simple beadhead shown below, while casting upstream under a foam strike-indicator.  Coming back down-river I swung and stripped a number of bugger style flies and only picked up one smallie with this tactic.

It was a warm sunny day and the green dragonflies were flitting around in the grass on the two small islands in the middle of the river.  This brought my attention to the water's edge, and in one three-foot section I saw a half-dozen or so dragonflies simultaneously emerging from their nymphal skins.  Here are a few images: 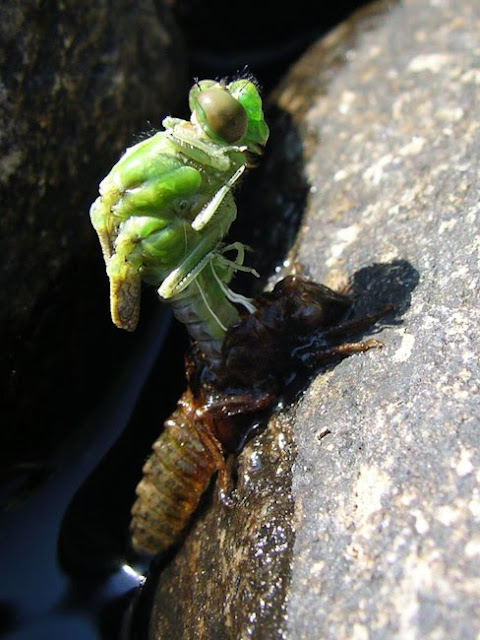 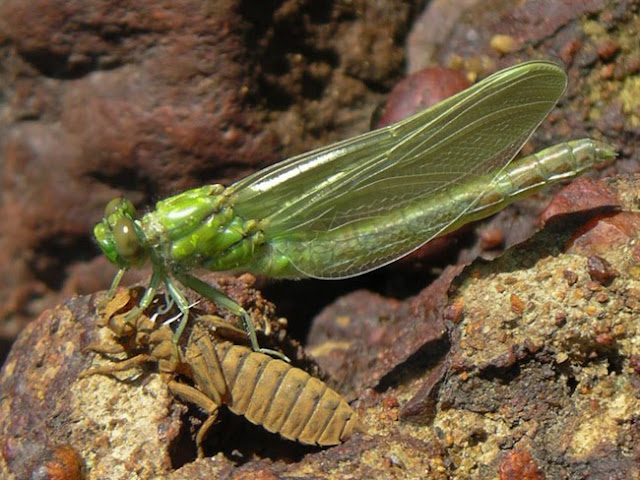 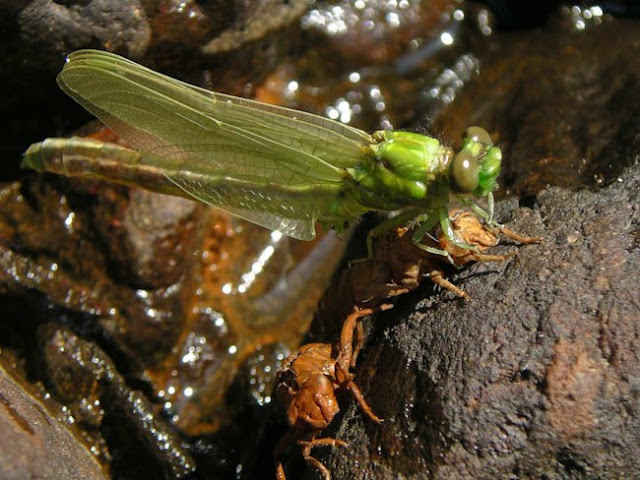 The fly I used is a simple fly.  Other than the hook and beadhead the only ingredient is one pheasant rump feather! Smaller ones can be tied with a rump feather from a quail or partridge.  On my skins, the quail feathers are slightly larger than those on the partridge.  This gives me three sizes of these fluffy beadheads: 8, 10, 12 usually tied on 2xl hooks. I hope to show a step-by-step sequence soon, as this is the sub-surface fly I've used the most over the last few seasons.
Without the tail this fly it is about the same size as dragonfly nymphs. With the tail it is very close in size to stonefly nymphs.  Below are pictures of the fly I used Friday, first wet and then after it dried on the car dashboard. 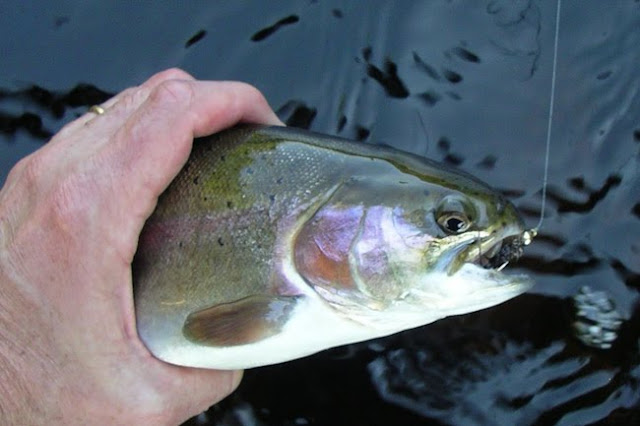 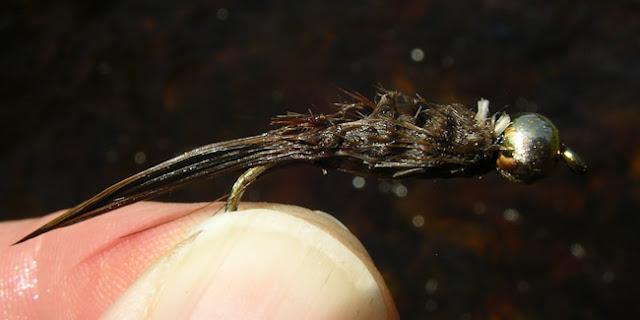 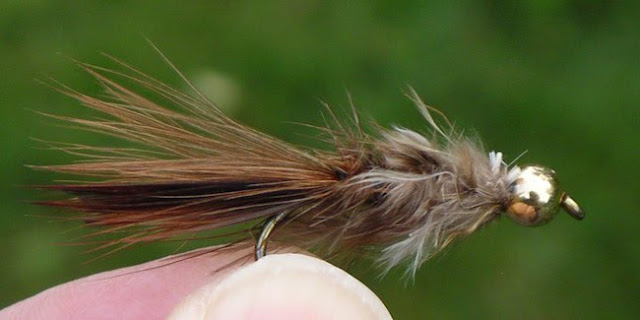