Muddler Minnows: A fly that uses its head

My friend Paul DiNolo has written an article about muddlers that will appear in "On The Water" magazine (March, 2014).  He's also written a few paragraphs specifically for fishingwithflies.com which I uploaded to the Web site yesterday, along with six or seven muddler photos.  All the flies were tied by Paul.  I took the photos using a couple of desk lamps and a green folder for the background. The flies were supported horizontally a few inches above my desk by standing "E-Z pliers" on end.

Below is just one of the photos, this one being a standard muddler tied in the "Dan Bailey" style (i.e. full head, rather than the original Gapen design which was tied rather sparsely).

New: check out the photos and Paul's text and comments on my Web site, here: 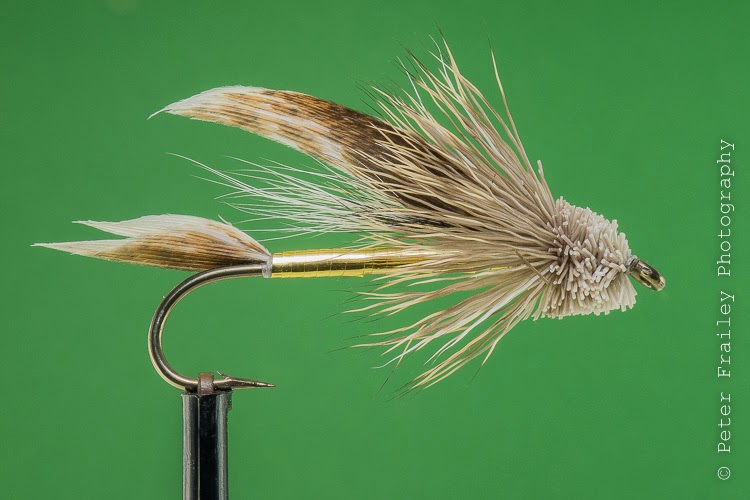 Email ThisBlogThis!Share to TwitterShare to FacebookShare to Pinterest
Labels: patterns