Set up for photographing step-by-steps: getting out the camera

Just about any digital camera will work just fine for photographing flies. To get the most out of a camera it is best to (1) use the macro feature, (2) turn the flash off, and (3) use a custom WB adjustment.  Every camera I've seen has these features, though sometimes the adjustments are deep into the menus. I will explain how I use these settings in a followup blog post.

If you are in the market for a new camera, try to find one that is 12-18 months into its production cycle.  At that point in time the price is often discounted by 30-40%.  I think the best places to shop on the Internet for cameras are: Amazon, Adorama, and BHphotovideo.

For an overall useful every-day point and shoot camera for an outdoor enthusiast, I am a fan of the current line of "tough" cameras.  I own the Panasonic TS3.  This is now a generation old, having been announced in January, 2011.  This meets the 12-18 month parameter described in the above paragraph.  My son just bought one at Amazon for $220.  Now, each of my three children has one. When they came out they were selling for $350.

Being weatherproof, I can take this camera fishing (it will take pictures underwater, too) and skiing (it will operate nicely down to 14F). It is also dustproof and shockproof. It takes videos clips and has a nice zoom range. It has a GPS for tagging your pictures, an altimeter, a compass, and a barometer. Oh, and it has a macro mode and customizable white balance, both of which are needed for good fishing fly photos. 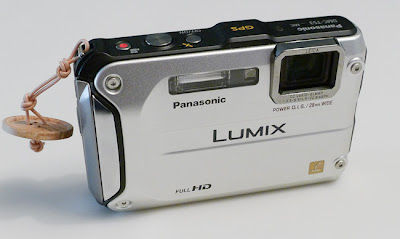 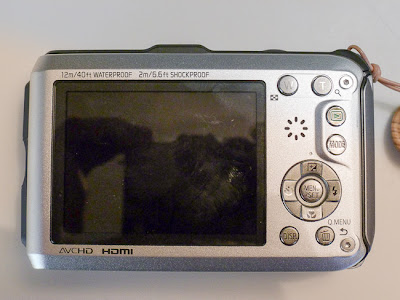 My Old Favorite for Web Photos:﻿

A couple of years ago I sold off my beloved Nikon Coolpix 4500's on Amazon, while it still had reasonable value. I bought the 4500 in 2002 just before this series of split-body cameras was discontinued, and used it for about 7 years.  I remember being excited about the $250 rebate that brought the price down to $750.  Today, in 2012, $750 can buy a whole lot more camera than it did back then.   In fact, if you want to purchase a used sample of this Nikon classic, I see them on Ebay often at under $100.

Arguably, the Coolpix 4500 (and earlier versions) had the best macro available in a non-dSLR camera. But the LCD was hard to see at only 1.8" in diagonal size, and the camera was mostly menu driven. The 4 megapixels made beautiful prints as large as 15" wide, and the files were certainly more than adequate for Web use.  But I never found the user interface particularly user-friendly. I like lots of buttons to directly drive the controls, and the Coolpix 4500 had very few. It also lacked RAW capability and a histogram, both of which are now major priorities for me. 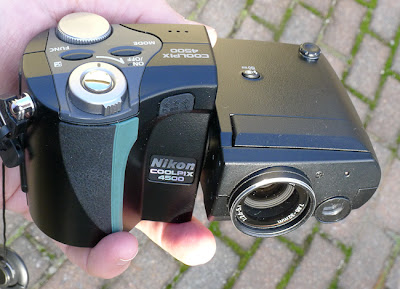 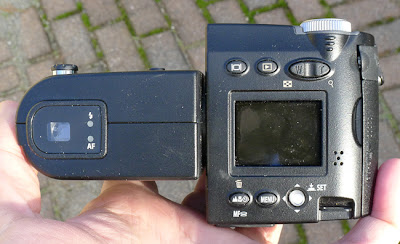 My Current Favorite for Web photos:


My current camera of choice for Web photography is the 12mp Canon G9. The G9 is a discontinued model and is now two generations old; but, used ones are available on Ebay for around $200.  It will shoot in an easy-to-use automatic mode (the green choice on the command dial on the top plate shown below), but also has a full complement of manual control buttons, dials and wheels. 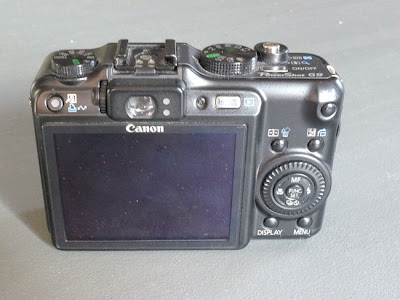 As good as the G9 is, for fly images that will end up as prints, a camera with a bigger sensor can do wonders. An example is the 16mp Panasonic GH2.  In the picture below I have the GH2 equiped with  30-year old Nikon 55mm macro lens. The extra detail that comes from the bigger sensor (about 4x the squared dimension of either the G9) and a dedicated macro lens is not obvious when viewed on the Web and hardly noticeable even when viewed full size on a computer monitor (about 70-90 dots per inch), but when printed at 200-300 dots per inch the difference is spectacular.


Next Post: Setting up the desktop photo studio
Posted by Peter F. at 3:45 PM